Citizen journalist Farhad Golriz expressing solidarity in a traditional Afghan pakol and a shirt that reads “Zindabad Afghanistan”, which translates to “Long Live Afghanistan” in English. (Photo by Farhad Golriz/ The Citizen)

The struggles, pain and sadness of the Afghan people are not just recent hardships. The Afghan people have been through the most heartbreaking of life’s moments for more than 20 years.

The world witnessed the abandonment of the Afghan people after the US military withdrew from the country, allowing the Taliban to take control. And we have all watched the heartbreaking scene of Afghan civilians fleeing to the Kabul airport out of fear for their lives.

Several months later, in September, Taliban barred Afghan women from teaching at or attending Kabul University. According to a Kabul University’s new Taliban chancellor, women will not be allowed to attend until an “Islamic environment is created.”

A month later, on October 4th, an explosion at a Shia mosque during Friday prayers in Kabul Afghanistan occurred which left many dead and even many injured. ISIS-K took responsibility for the attack a short while after. A few days later on October 8 an explosion in an Shia mosque in Kunduz Afghanistan left 46 dead and more than 140 people injured. Several days later, a Shia mosque attack in Kandahar caused 60 fatalities and 70 others to be injured.

On November 2 an attack at Sardar Mohammad Daud Khan Military Hospital in Kabul left 25 people dead and numerous injured. Some of those killed in the attack included Mawlawi Hamdullah Rahmani, a senior Taliban leader of Kabul Corps. Hours later, ISIS-K claimed responsibility for the attack.

The Pentagon has since offered undisclosed condolence payments to the family members of those ten Afghans who died in the Kabul airstrike and will assist with relocation of those family members to the US. Secretary of Defense Austin Lloyd expressed his apologies in which Ahmadi’s nephew has expressed is not enough.

“The Afghan-American diaspora is dealing with a multitude of crises that all transpired from the US withdrawal from Afghanistan,” said Zuhal Bahuri, a member of 5ive Pillars Organization, who is involved with resettlement efforts for Afghan refugees who have recently arrived in the US.

“When it comes to our resettlement work, the largest obstacle we face is the resettling of over 70,000 Afghan refugees in safety and with respect and dignity. California is facing a massive housing shortage, and resettlement agencies are inundated.”

Over the past several months, I have tried to find the words to express my emotions. Unfortunately, there are no words that can give enough meaning to this tragedy. All I can say is I am devastated, heartbroken and scared.

As an Iranian, everything I have seen on social media about the Afghan’s plight makes me feel like I am watching my own family fleeing from their beloved homeland for fear of their lives.

I am very disappointed and frustrated at the way the United States government left Afghanistan, abandoning the people. I am heartbroken that the mainstream media has remained quiet since the final departure of US soldiers from Kabul. Since then the atrocities on the ground in Afghanistan continue. Women are barred from attending school or work, as fighting between Taliban and ISIS-K continues.

It is unbelievable that the US military has killed more innocent Afghan lives than the Taliban. At what point will anyone be held accountable for the 20 years of devastation and loss of life? We just call what happened in Afghanistan simply a “tragic mistake” and ”minimize the tragic loss of the lives of countless Afghan men, women and children.

Even at this very moment my heart is filled with sadness, pain and concern. I am trying to understand how so much humanity could turn a blind eye to this atrocity.

As an Iranian, the people of Afghanistan have always been as important to me as the people of Iran. Our history, culture, music and food bring us together more than anything. We must unite. It’s time we place our differences aside and focus on our similarities and shared humanity to work together and raise the voices of our people.

The Iranian culture which we Iranians are so proud of would not be the same if it were not for our Afghan peers. Persian New Year (Nowruz) and Fire Jumping Festival (Charshanbeh Soori) are just some of many Iranian traditions similar to those celebrations held by the Afghan people.

As an Iranian, our community must strive to understand where our pride in culture and traditions comes from. To all my Iranians, the pain which the Afghans endure is our pain as well. We must not sit back and watch. Please speak up and support the lives of all Afghans.

It is extremely important that the voices of the Afghan women be uplifted and supported. Women are the leaders of the future and they all, especially Afghan women, have the right to have their voices heard.

We must not allow religion, faith or political beliefs to divide us, instead we must join hands and come together as one community and one nation.

The situation in Afghanistan is not just a humanitarian crisis, it is about real lives and death. There are many Afghans who are trying to leave Afghanistan and many who have been left behind.

For all those outside the Iranian & Afghan community, I urge you to continue to use your platform and to use your voice and speak up. Check in with your Afghan friends. They are in pain and they are in need of your support.

Over this past month too many people have already forgotten the ongoing crisis surrounding the Afghan community and are no longer speaking up. Meanwhile many Afghan organizations are continuing to put hard work into supporting the Afghan refugees all across the US. It is essential that everyone does anything they can to support those Afghans in the US and also those still in Afghanistan. There are many resources available for us to support the Afghan community wherever they are.

The international community must not recognize the Taliban government as legitimate, and must insist on holding the Pakistani government and any other foreign governments accountable for supporting and aiding the Taliban. Pressure needs to be put on the Biden administration and allies to provide more relief support to those Afghan refugees who have arrived in cities around the world, and to raise the acceptance number of refugees. In addition, I call on the UN and UN Security Council to provide immediate relief to civilians in Afghanistan.

To the many Afghan women who have shown outstanding leadership in the midst of this crisis: you  are heard, seen and appreciated for everything you have done and I will always support you in any way I can. I urge all of you to do the same.

Even though Afghanistan is not my homeland, It is a homeland in my heart. I will never stop fighting for the lives of the people of Afghanistan.

To my Afghan friends, here and abroad, do not give up and do not lose hope. You are not alone and together we will unite and become stronger.

All of us must stand together and be the voices for the people of Afghanistan.

As an Iranian I will forever continue to be an ally, advocate and supportive brother to all  Afghan people.

Even with the moral & emotional support of the world, the road ahead for many Afghans in Afghanistan is a dark one. But not one without hope.

“We Afghans have a strong sense of loyalty, honour and hospitality. We rise up when one of us is hurting and help, no matter what,” Bahuri said.”We are tired, we force ourselves to take mental health days, we force ourselves to try to be more present, but our heart won’t let us stop. Our body is here, but our hearts and minds are with the people of Afghanistan and the new arrivals.”

“California is looking to resettle nearly 5,000 refugees. We are looking for volunteers who can serve as family mentors, transportation, signing up children for school, or help with integration into the community as well as many other volunteer opportunities,” Bahuri continued. “Anyone interested please fill out this form and I will contact them: NorCal Resettlement – Volunteer Sign Up.”

Some advocates who are doing great work are Marena Habibi, Nagar Nawabi & Maryam Haidar four board members of United Afghan Association for their involvement in the Afghan community & being involved in many projects aimed at supporting the many Afghan refugee families all across California and in Afghanistan. In addition to UAA Zuhal Bahauri leading Norcal refugee resettlement efforts in collaboration with 5ive Pillars Organization, Zainab Nazary & Husna Massoud, three community organizers from the Afghan community who have partnered with Global Advocates Afghanistan which does human rights and humanitarian advocacy work including evacuation, resettlement efforts and combating global atrocities. 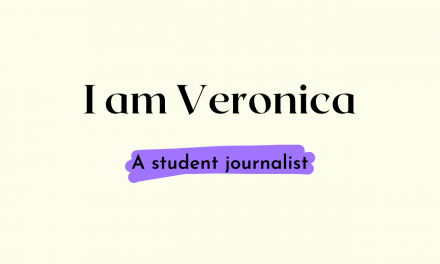 Inside our newsroom: Veronica 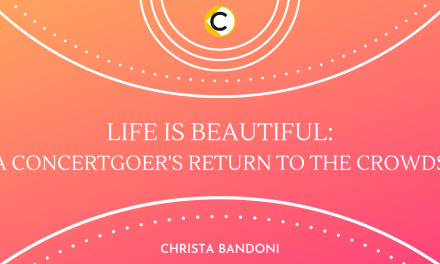