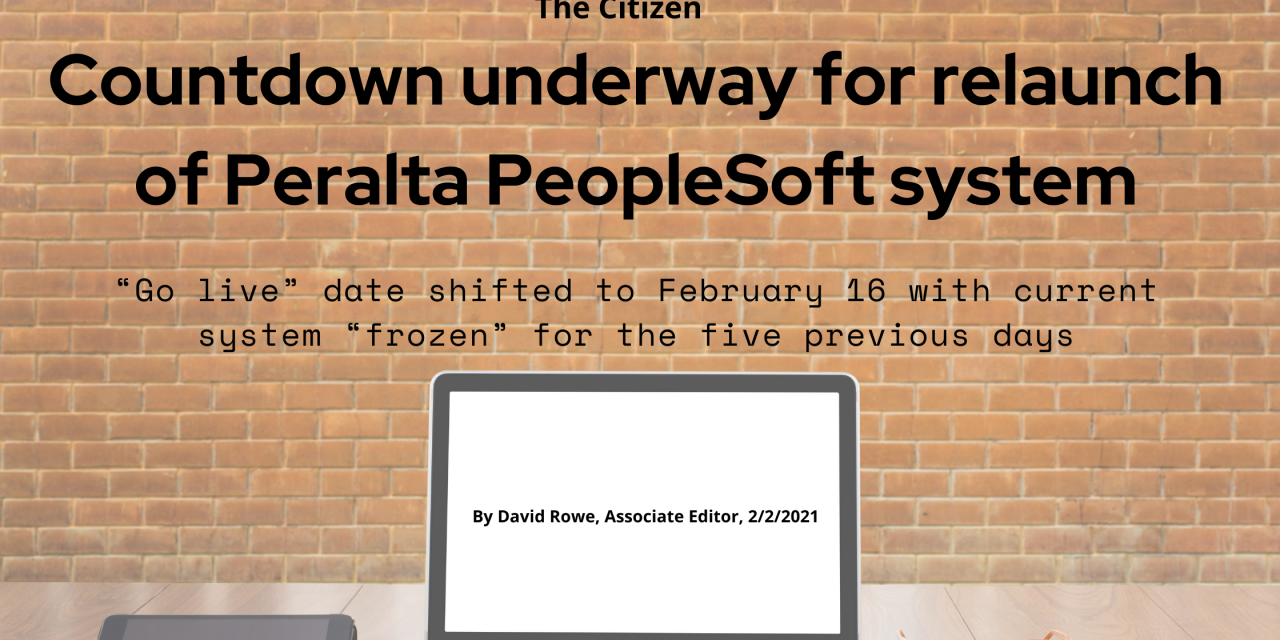 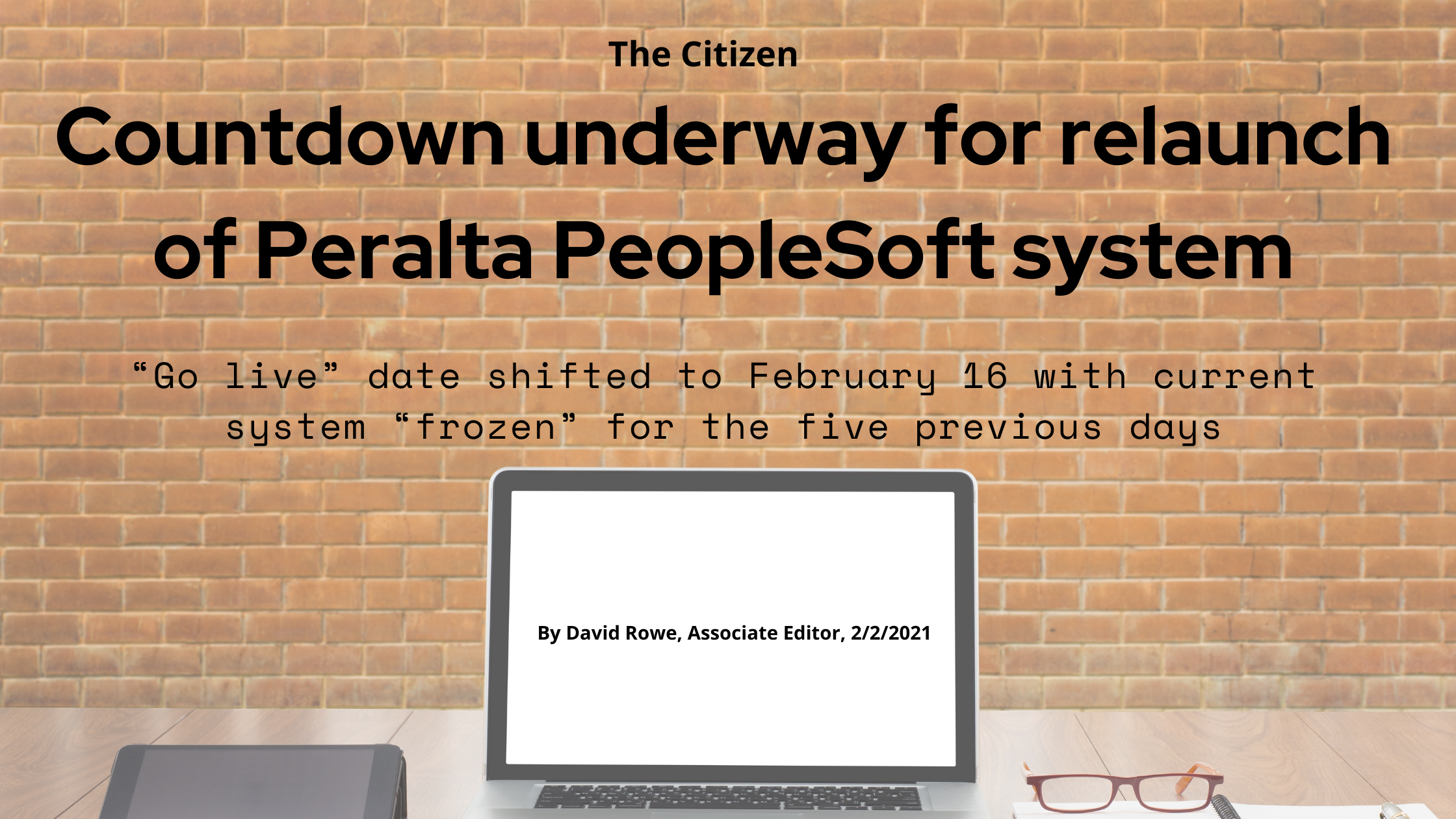 In an email announcement on February 1, Mark Johnson, Peralta’s Executive Director of Marketing, Communications & Public Relations, disclosed that the long-awaited launch of the upgraded PeopleSoft computer system will now take place on Tuesday, February 16. The district previously indicated the new system would launch one day earlier, on Monday, February 15.  The Peralta colleges will be closed on the 15th in observance of Washington’s birthday.

“On Wednesday, February 10, at 10 pm Pacific time, we will shut down access to PeopleSoft 9.0,” wrote Johnson. “This means you will no longer be able to access Passport, PROMPT, ePAF, reports from PowerBI, or ONE Peralta” he continued. The current system will remain frozen until 6 am Pacific Time on Tuesday, February 16. The previous schedule called for a three day freeze. Students will not be able to add or delete classes when the system is frozen.

According to Antoine Mehouelley, Peralta Director of Technology Services, eleven students are currently involved in testing the new system in addition to an undisclosed number of faculty and classified professionals.  Mehouelley was interviewed by Inger Stark, Peralta Staff Development Coordinator, in a District Flex Day video made available  January 21.

Stark is assisting in the creation of learning aids for the new system which she plans to have completed prior to the launch date.

The main benefit of the upgrade for students, according to Mehouelley, will be the mobile capabilities of the new PeopleSoft system. “People will be able to access the system on their mobile devices, iPad, iPhones and Android devices. So we are very excited about that,” he said.

Johnson expanded on the benefits of a mobile-friendly PeopleSoft program in his statement.  “We expect that following the upgrade that students will have an easier time…enrolling and updating their personal information via their mobile devices,” he wrote. The district has posted a number of videos from Oracle (which owns PeopleSoft) that depict a “day in the life” of a student using the mobile-friendly version.

Johnson also identified improvement in “financial integrity” as another benefit of the new system. He did not say specifically, however, if this will address the current issue, reported in The Citizen, of students being charged multiple times for their Spring 2021 tuition.

The PeopleSoft upgrade is moving forward without a Chief Technology Officer (CTO) on board. As previously reported in The Citizen, the district launched a nationwide search for a CTO on October 13 and estimated the new person would be on board by January.

When asked about the status of the CTO job search, Johnson only confirmed the district was “active in the recruitment process.” 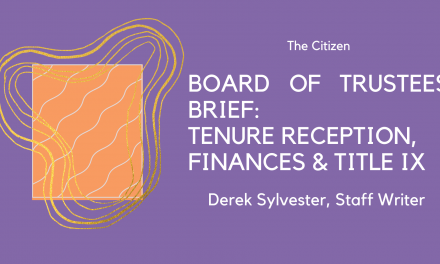 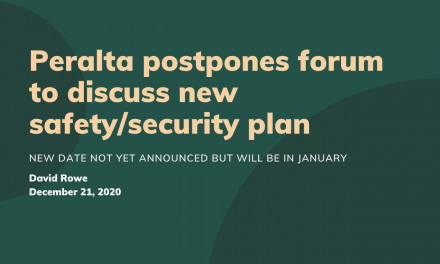 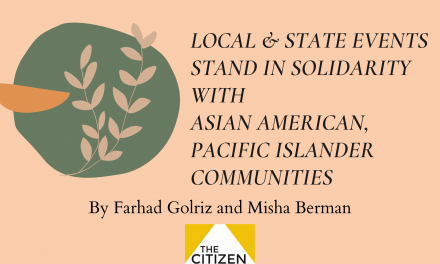