Grand Jury Follows Up on Accusations of Misgovernance at Peralta 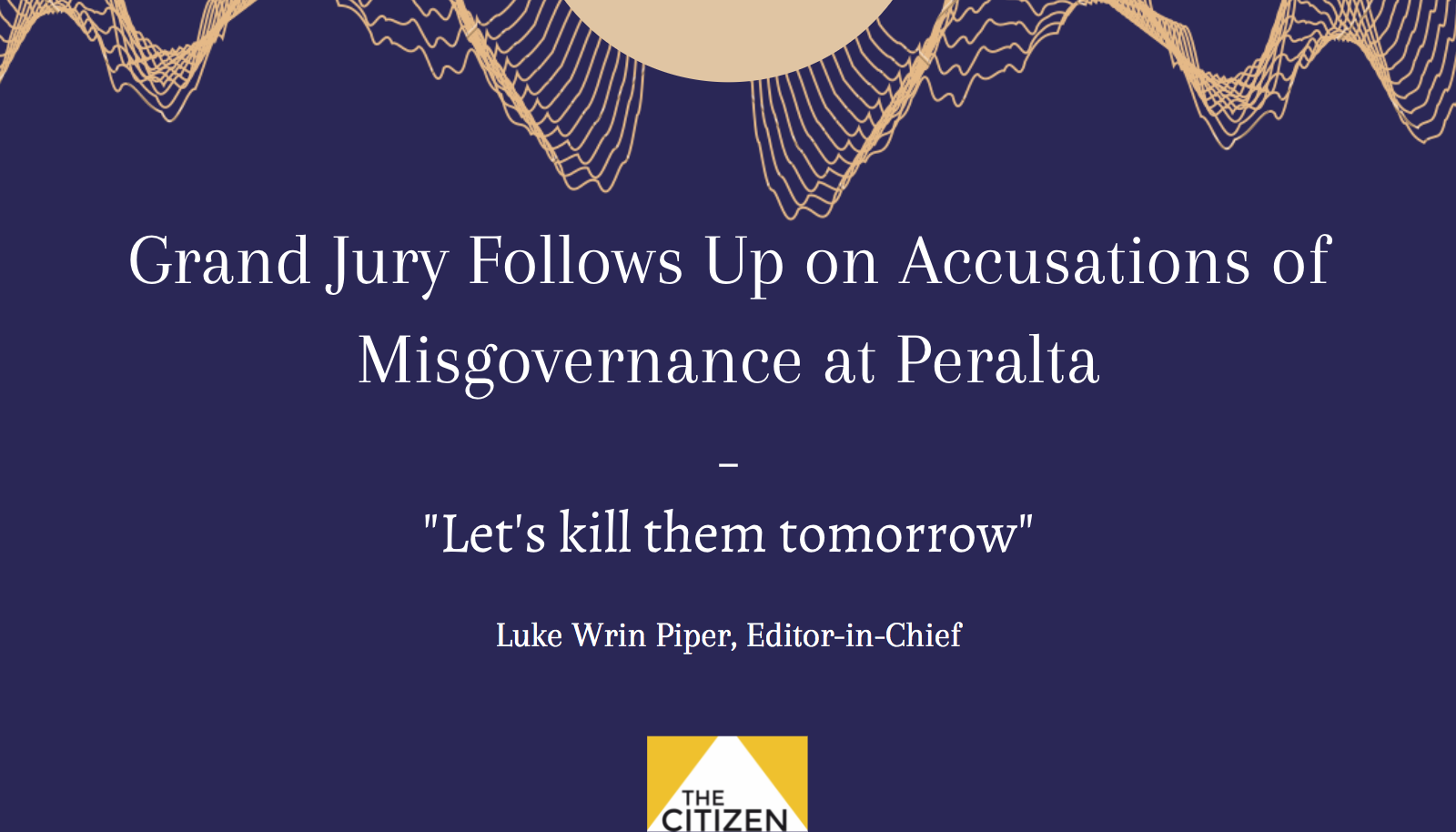 An Alameda County civil grand jury dropped a 37-page report on Monday detailing its findings that the Peralta Community College District board of trustees overstepped their roles, interfered with hiring processes, carried out backroom labor negotiations and exhibited a lack of civility towards each other and administrators.

The civil grand jury in Alameda County is a panel of civilian volunteers tasked with looking into complaints of mismanagement in local government that the grand jury receives throughout the year. The Alameda County grand jury bills itself as “your public watchdog ensuring openness and integrity in government.”

Throughout the investigation featured in the 2020-2021 Final Report, the grand jury reviewed “hundreds” of internal documents and district correspondences with state agencies, also conducting interviews with “19 witnesses, including current and former trustees, administrators, faculty, and statewide experts in governance best practices.”

The investigation focused on three areas that arose from complaints submitted to the grand jury from both inside and outside the district. According to the report, the grand jury had received written denials from members of the board regarding these accusations, causing the jury to focus on the “veracity of the claims”. The three categories of claims were: board interference in the chancellor’s ability to make hiring decisions, Brown Act violations and a “lack of civility”.

“Board interference in hiring”

The report details the disagreement as to how the board should operate in relation to the chancellor.

Board Policy 2430 states the governing board “delegates to the Chancellor the executive responsibility for administering the policies adopted by the Board and executing all decisions of the Board requiring administrative action.”

The Board is expected to discuss and make decisions as a whole, and to not overstep into the realm of the chancellor’s — or other administrator’s — responsibilities.

The report notes that “trustees regularly stood in the way of chancellors’ attempts to fill key administrative positions hurting morale, contributing to staff flight, and jeopardizing services to the students and community.”

According to the report, in 2019, a member of the board had allegedly “entered into a side deal” with “a labor representative for a class of employees” and negotiated a more attractive settlement than what the district was offering. This caused the labor representative to decline the district’s official offer in favor of what had been offered by the individual trustee.

The grand jury determined after “further investigation” that the side negotiation had “occurred as alleged,” despite both the trustee and labor rep denying the accusations.

The report states that trustees had responded to claims of interference by saying that any overstepping on their part has been within their duties to the Peralta community. The grand jury stated that the violation of defined boundaries has absolutely contributed to an erosion of “district stability and executive staff continuity.”

The Ralph M. Brown Act, also known as the Brown Act, is a California government code that outlines  the ways in which local government bodies, such as a school board, must conduct governing business in open meetings with access granted to the public.

No more than two board members are allowed in one space together outside of an official meeting when discussing issues relevant to the district. This is to prevent group consensus building and decision making from being made beyond the public eye.

After the resignation of Regina Stanback Stroud from the Chancellor position in July 2020, there were complaints that a late night, “secret” meeting had been held between four members of the board to discuss strategies to avoid a state takeover. This, the report alleges, was done with the purposeful exclusion of three other trustees. The report also describes a meeting with one trustee and “a majority of the Peralta Academic Senate and other academic and labor leaders,” which it claims is also a Brown Act violation.

The report emphasized how good governance leads to a better experience for the “thousands of deserving students” who ultimately lose out when proper processes are not carried out, going on to assert a clear line from alleged misgovernance of the board to the ongoing financial problems Peralta has been struggling with for years.

From 2018 – 2020, the grand jury concluded that there were many instances in which the trustees acted harshly towards one another or administrators. According to the report, Black administrators and “some trustees” felt that their race played a key role in what was described as “verbal abuse” and “attacks”.

The report does not give any specific examples of abuse directed towards trustees or administrators at the district. In one section, however, the grand jury speaks about an email which was uncovered during the investigation in which a Peralta trustee breaks rules of decorum when discussing a prospective response to California Community Colleges chancellor Eloy Ortiz Oakley.

The email, titled “Here it is…. Response to Eloy’s BS” included phrases like: “I’ve spent the entire night in a marathon session drafting a comprehensive response to this shit.” “Let them dare to try to take us over for this weak shit,” and “Let’s kill them tomorrow. Let’s go after the confidentiality violations.”

As with the rest of the report, the grand jury does not provide specific names.

Recommendations of the report

The report ends with a summary of the grand jury’s findings followed by a list of recommendations. The majority of the recommendations are centered around sending the board to complete training on all the alleged areas of violation.

It was also suggested that the board should amend board policy to more clearly define the roles of the trustees and chancellor, falling in line with the policies recommended by the Accrediting Commission for Community and Junior Colleges (ACCJC).

Following the release of the report on Monday, the Interim Chancellor Dr. Jannett Jackson quickly issued a response thanking the grand jury for their time and attention and detailing the ways in which the concerns raised in the report are already being addressed at the district. Jackson noted, however, that the investigation lacked a “contextual understanding” of issues at the district “which may have led [the grand jury] to some faulty conclusions.”

Overall, the district response took a hopeful tone, detailing new commitments to civility and cooperation that had already been agreed to since before the report was released.

“We understand the responsibility that we have to not only model behavior but to also create and implement policies that are reflective of our District’s value statement,” Jackson stated in response to the allegations of racism within Peralta’s governing bodies.

While the grand jury was civil and not criminal, the board is required to submit a response to the findings and recommendations at some point.

Every year the grand jury publishes a report about various findings, with Peralta sharing the focus this year with racism in policing, the need for fairness in ballot measures and an inspection of jails in the county. 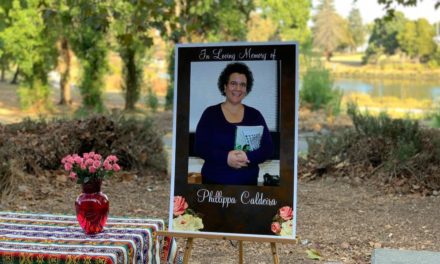