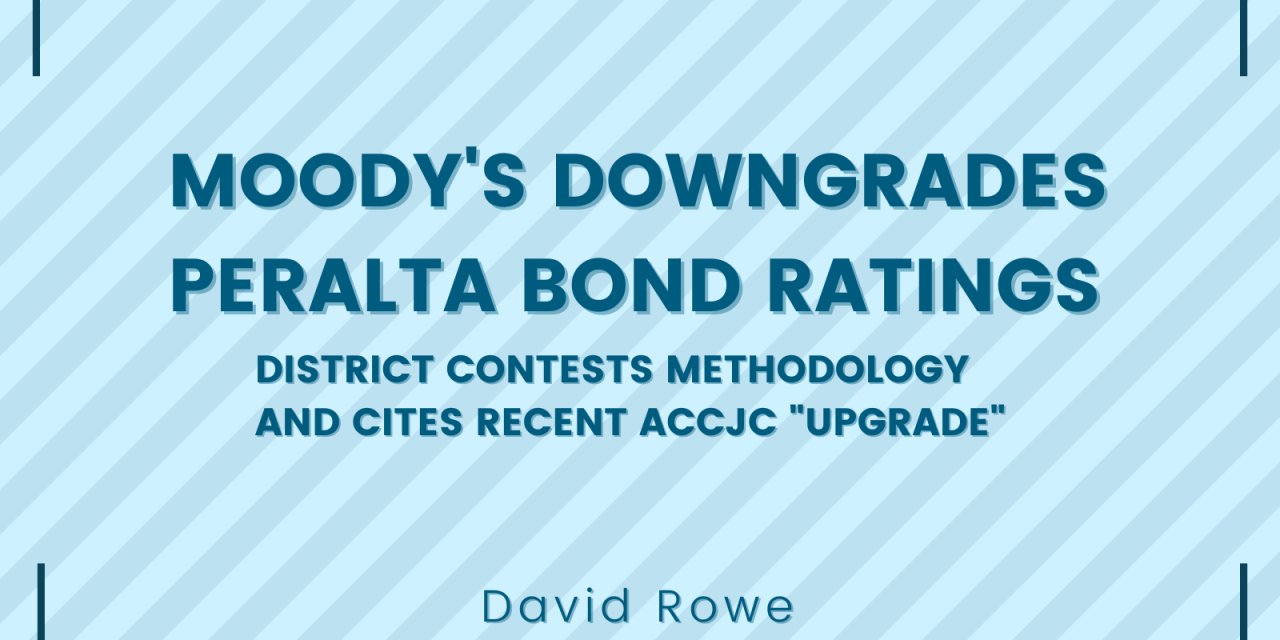 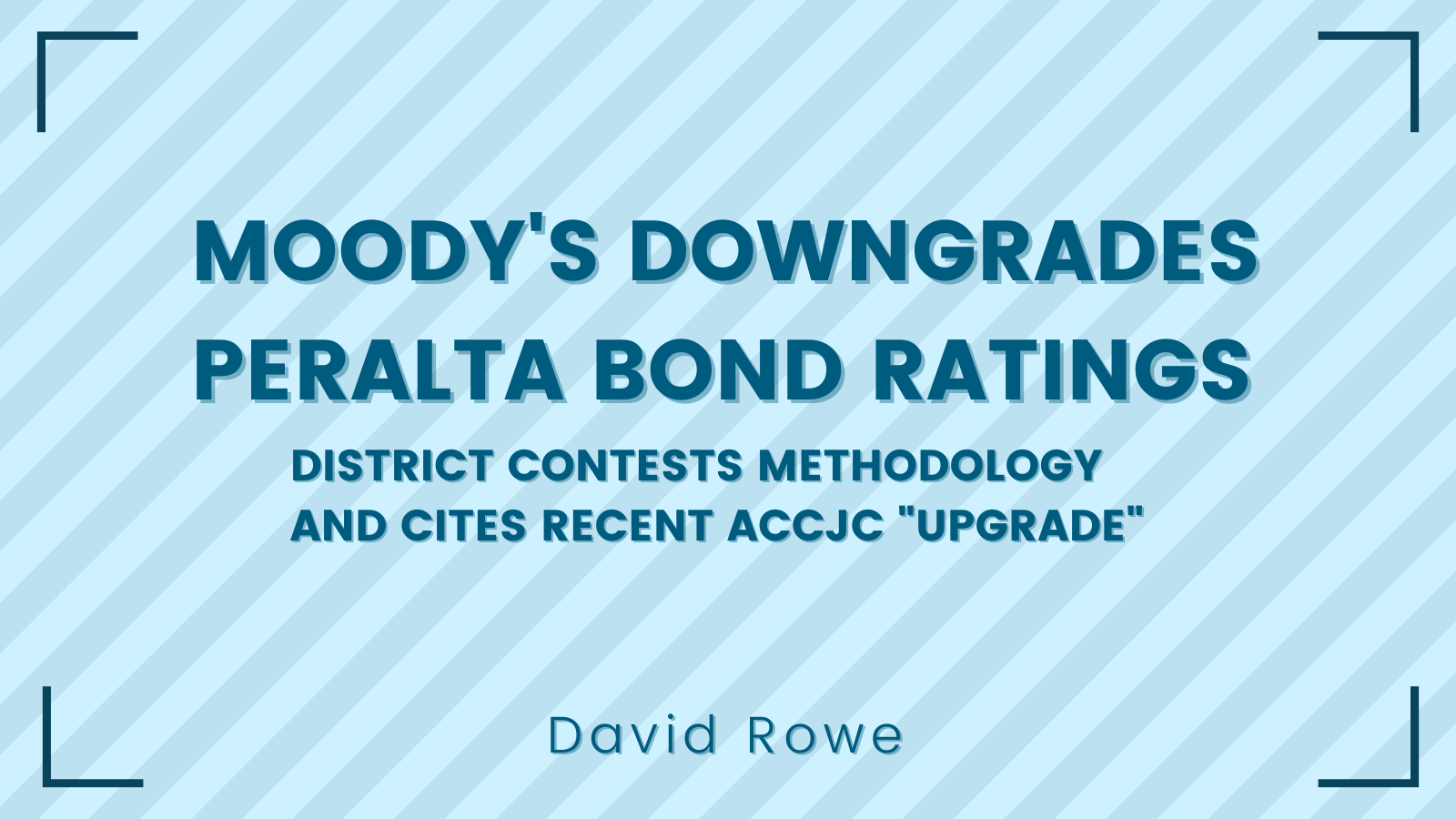 Moody’s cited “weaker credit considerations” for its moves which include the following:

The Moody’s rating system, as explained by The Nest (a financial planning site), consists of one to three letters in addition to numerical modifiers. The full Moody’s credit rating scale, from best to worst, is as follows: Aaa, Aa, A, Baa, Ba, B, Caa, Ca, C.  An Aaa bond would be of the highest quality while one with a C rating would carry the greatest risk of default. “Moody’s further subdivides bonds with numerical modifiers — 1, 2, and 3 — that indicate where a bond ranks within its rating category, with 1 being the best,” The Nest reports.

Even with the downgrade, the Peralta bonds are still considered “investment grade” which are defined as bonds with a rating of Baa or higher, according to The Nest. Bonds rated Ba or below are referred to as speculative or “junk bonds,” The Nest article reports. Issuers of lower rated bonds must offer higher interest rates to attract investors.

Mark Johnson, Peralta’s Executive Director of Marketing Communications, and Public Relations, in an email to The Citizen, said the district is “disappointed that they (Moody’s) are not acknowledging all the recent progress in our financials and governance that ACCJC (Accrediting Commission for Community and Junior Colleges) observed and which resulted in the removal of probationary status for the Peralta Colleges.”

The ACCJC sent letters to the Presidents of the four Peralta Colleges on January 27.  Those letters indicated that, while the colleges have made progress in addressing the compliance requirements that placed them on probation, work remains to be done particularly in reducing “operational overspending” and improving “efficiencies and accountability.”

As a result, the ACCJC acted to issue a “warning” status to the colleges.  In a press release issued the same day as the ACCJC letters, the district characterized the ACCJC issue warning as an “upgraded accreditation status.”  The district’s press release also quoted Stephanie Droker, the district’s Interim Deputy Chancellor and Chief Operating Officer, who was President of the ACCJC before joining Peralta last month.

“Over the past few years I’ve seen first-hand the progress that has been made by the District and the Colleges,” Drocker stated.

Interim Chancellor Jannett Jackson in a statement released to The Citizen, was critical of the methodology employed by Moody’s.

“The ‘Higher Education Methodology’ that Moody’s has implemented is flawed and proper consideration of rating factors that determines where you are placed on the index is inherently linked to an institution’s location,” Jackson wrote. “In my opinion, trying to accomplish this by using a ‘national methodology’ is not a sound practice. California is not the same as Ohio, as New Jersey, as Florida or Texas; urban institutions are not the same as rural; and yes, socio-economic factors, revenue sources and demographics make a difference. It is my belief that a single national methodology cannot accurately capture all these factors,” she concluded.

The Citizen reached out to Moody’s for comment but they did not respond before this article went to press. 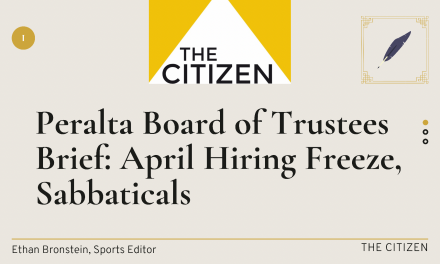 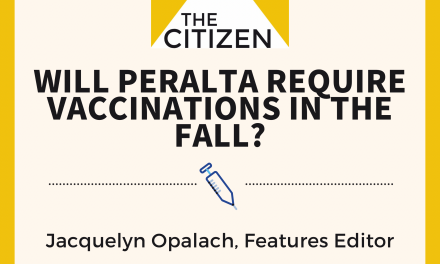 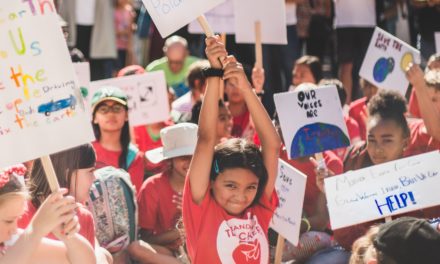