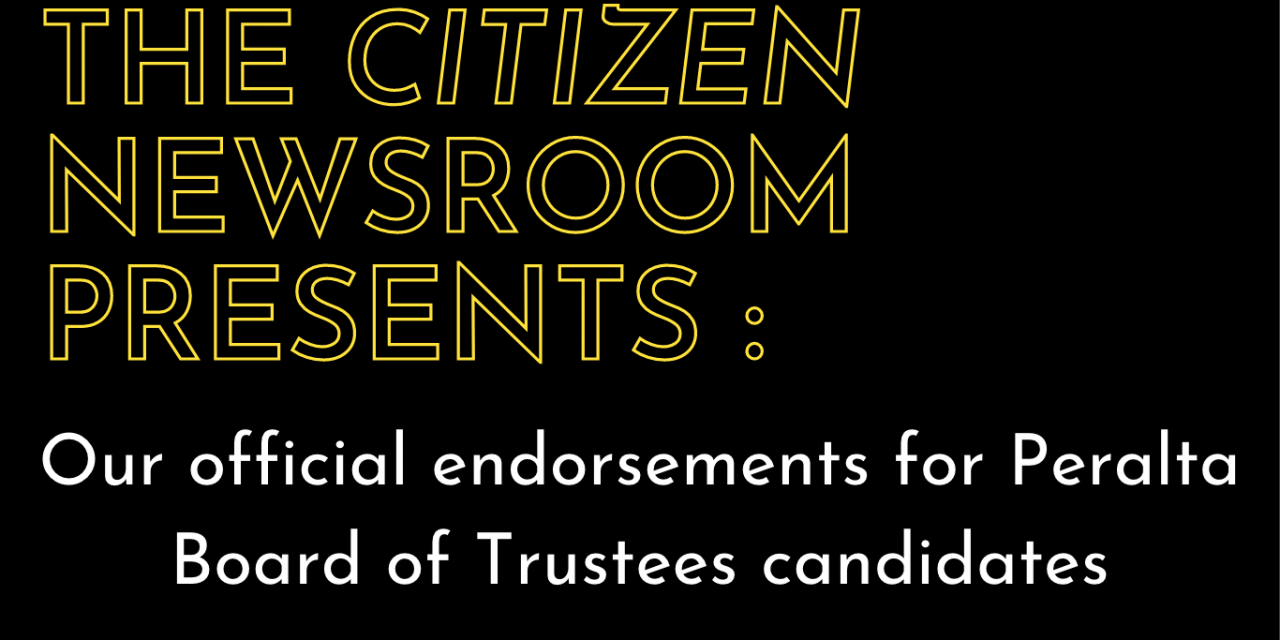 By the Citizen staff

On Wednesday, Sept. 23, the Citizen newsroom held a virtual trustee forum for the five candidates vying for seats on the Peralta Community College District Board of Trustees. Of the candidates up for election, only the Area 1 seat is contested, as challenger Jeff Heyman is running against incumbent Bill Withrow.

Those campaigning for seats in Area 6, Area 2, and Area 4 are running unopposed: Dyana Delfín Polk will replace Karen Weinstein, Kevin Jenkins will replace Meredith Brown, and Nicky González Yuen will retain the seat he has held since 2004. 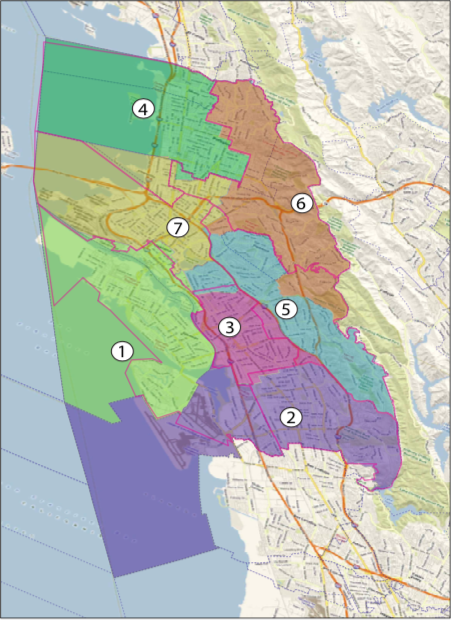 Area map of the seven districts. Districts up for election in 2020 are Area 1, Area 2, Area 4, and Area 6. Descriptions of each district can be found here. (peralta.edu)

After researching the candidates, student reporters formed questions for them that were vetted and selected by our editors. The forum was moderated by Editor in Chief Jacquelyn Opalach, and student reporters took turns asking candidates prepared questions. In addition to the questions, (which candidates did not have access to ahead of time) they were given two minutes for an opening statement and two minutes for a closing statement.

After the forums wrapped up, the Citizen newsroom discussed the candidate forum and weighed the strengths and weaknesses of each candidate’s performance. Based on these discussions and further research conducted about the candidates, the newsroom voted in an election moderated by Opalach with the goal of selecting who to endorse.

In our quest for transparency, the Citizen newsroom is committed to explaining our process to readers. We may not be endorsing either candidate for the only contested seat, but we absolutely do endorse voting. This rundown provides you with our interpretation of the candidates and facts we encourage you to take into account when it’s time to vote.

It’s your responsibility to head out and vote. Remember, when you refuse to vote, you forfeit your voice in this democracy.

With that said, the Citizen newsroom wholeheartedly believes that action does not end with voting, especially when candidates are imperfect.

We at The Citizen will remain vigilant after the election and strive to hold trustees accountable for their actions.

We urge you to make your voice heard in other ways by staying informed, attending board meetings, learning about issues, and contacting trustees that represent your area directly.

By taking the time to both vote and participate in other methods of democracy, you can bring about the change you want to see in Peralta.

Although Area 1 is the only contested seat on the board of trustees, The Citizen opts to not endorse either candidate.

Jeff Heyman is running against incumbent Bill Withrow for the Area 1 board of trustees seat, and frankly, we were not impressed with either of their presentations, as both had patronizing tones. It seemed that although both claim to put students first, their messages didn’t focus enough on what they would actually implement to help serve students. We were hoping to hear concrete examples about policy changes they will enact if they win the Area 1 seat.

Despite the candidates’ performances, learning more about their personalities and hearing them respond to questions posed by students was valuable to the community. 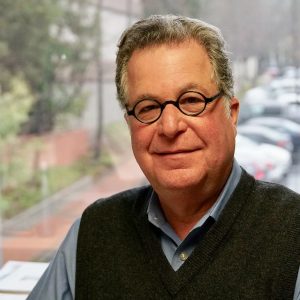 With the showboating, stat spewing, whistleblowing nature of Heyman it was easy to lose sight of how he would implement his actual policies. When questioned about how his communication skills could mend board relations, he took the opportunity to push back and call it a “teachable moment.” Even though we found Heyman arrogant, he is well known for blowing the whistle on the district in an attempt to hold them accountable. With his strong communication background and deep roots in the Peralta administrative community, he could be a much-needed new face on the board, a chance for change. He has also vowed not to accept the monthly trustee stipend, urging the district to allocate those funds to other needs. His varied and well-versed background in media administrative roles, particularly during his 18 years as the director of public information, communications & media and work with the United Nations as a peacekeeper will hopefully aid him in mending fences and moving the board forward if elected. 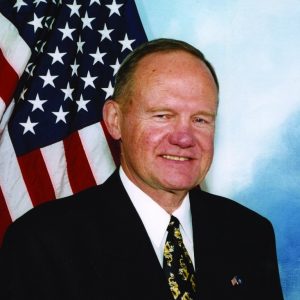 As the current Area 1 trustee and seat holder for the past 16 years, Withrow seemed to tow the line of “business as usual” at the candidates forum. He dodged responsibility for financial mismanagement and gave an overall lackluster performance. When responding to questions he gave number-laced answers that were often long winded and sometimes irrelevant. Although our newsroom has concerns about both candidates, Withrow does have deep roots in Alameda. Having served one term as mayor, theoretically he knows the political systems and policies inside and out. His resume is also impressive highlighting his political, military and educational background as assets even after serving Peralta for 16 years.

With the district under accreditation review, our hope was for more detailed responses, action plans, and accountability. Unfortunately, that wasn’t what we got, but please decide for yourself by viewing the forum below.

Of our 25-person newsroom, 25 students voted on this endorsement. 23 agree, 2 disagree. 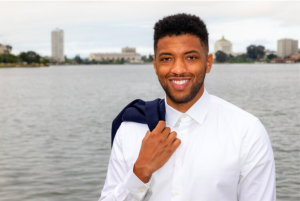 Kevin Jenkins is running unopposed for the Area 2 seat on the board, previously held by Meredith Brown for two terms. During our public forum, the Citizen newsroom posed questions about Peralta’s future and was generally underwhelmed by the thoroughness of Jenkin’s responses. Even so, our newsroom has chosen to endorse Kevin Jenkins.

Although he appeared green and a bit nervous, we were taken with his plans for student housing and community outreach. Despite barely mentioning his resume during the public forum, his public service experience is impressive for someone his age. The overall impression was one of excitement for a young progressive to be joining the board. We hope that his optimism can withstand the tumult of the Peralta Board of Trustees. The Citizen recommends that you don’t sleep on Kevin.

Of our 25-person newsroom, 25 students voted on this endorsement. All 25 agree. 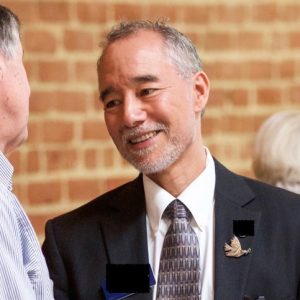 The Citizen newsroom officially endorses Nicky Gonźalez Yuen for the Area 4 board of trustees seat. Trustee González Yuen has served on the Peralta Board of Trustees for 16 years and is one of several candidates running uncontested this voting cycle.

During the candidates forum, González Yuen reflected on his time serving the Peralta community. He took accountability for past voting mistakes while serving on the board, which we did not see from the only other incumbent candidate Bill Withrow. Despite González Yuen having a strong personality, specifically referencing Trustee Withrow’s motion to censure González Yuen in 2018, his ability to self-reflect is a benefit to the Peralta community. Along with his student-first approach, González Yuen is a fierce civil rights activist, an early advocate for environmental sustainability, and also played a role in the installation of Solar PV’s at Merritt College in 2010. He believes his guiding principles of transparency and shared governance are key in order to rectify the financial mismanagement that Peralta has undergone, and we agree.

Of our 25-person newsroom, 23 students voted on this endorsement. All 23 agree. 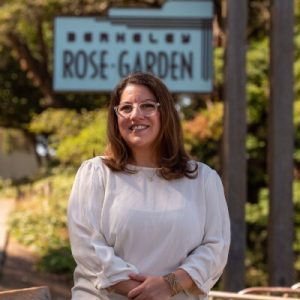 Following a great first impression at the Citizen candidates forum, the Citizen newsroom voted to endorse Dyana Delfín Polk — a third-generation Chicana and UC Berkeley graduate — for the Area 6 seat on the Peralta Board of Trustees.

Given that she is running unopposed in her area, Delfín Polk wants to ensure she has legitimate buy-in from the students themselves. Delfín Polk desires to better represent their needs and offer meaningful support as she enters a four-year term in this seat. She realizes she has big shoes to fill, following outgoing Area 6 Trustee Karen Weinstein, who will be stepping down from her position. Delfín Polk plans on following the same path that has been set by her predecessor in hopes of continuing the legacy she believes will take Peralta students to new heights.

Delfín Polk’s priorities, as stated on her website and discussed during our forum, include a healthy budget for the Peralta district, prioritizing the Peralta-to-career pipeline, increasing access to financial aid, bridging the gap in tech literacy, and leveraging data-driven practices to improve distance learning.

The main difference Delfín Polk hopes to bring to the Peralta District that wasn’t offered before is ensuring more hands-on, engaged support with students, faculty, and part-time and adjunct staff. As a community college alumna who struggled with transferring herself, Delfín Polk hopes to be a pro-transfer student trustee who ensures students have all the resources they need to achieve a smooth transfer process. She wants to lend a strong, supportive voice to her fellow Latinx community, as well as provide further protection to those who are undocumented and AB 540 by fighting for proper funding and pushing to close the technology gap. Delfín Polk has a long history of working with nonprofits that dealt with underserved, system-impacted Black and Brown communities in San Francisco, and with an accreditation in Chicano studies, history, and public policy. The Citizen welcomes Dyana Delfín Polk to the Peralta Board of Trustees. We believe she is highly qualified to better our district.

Of our 25-person newsroom, 22 students voted on this endorsement. All 22 agree.

Is being a Black woman on the internet worth it?

We can’t work when nothing works