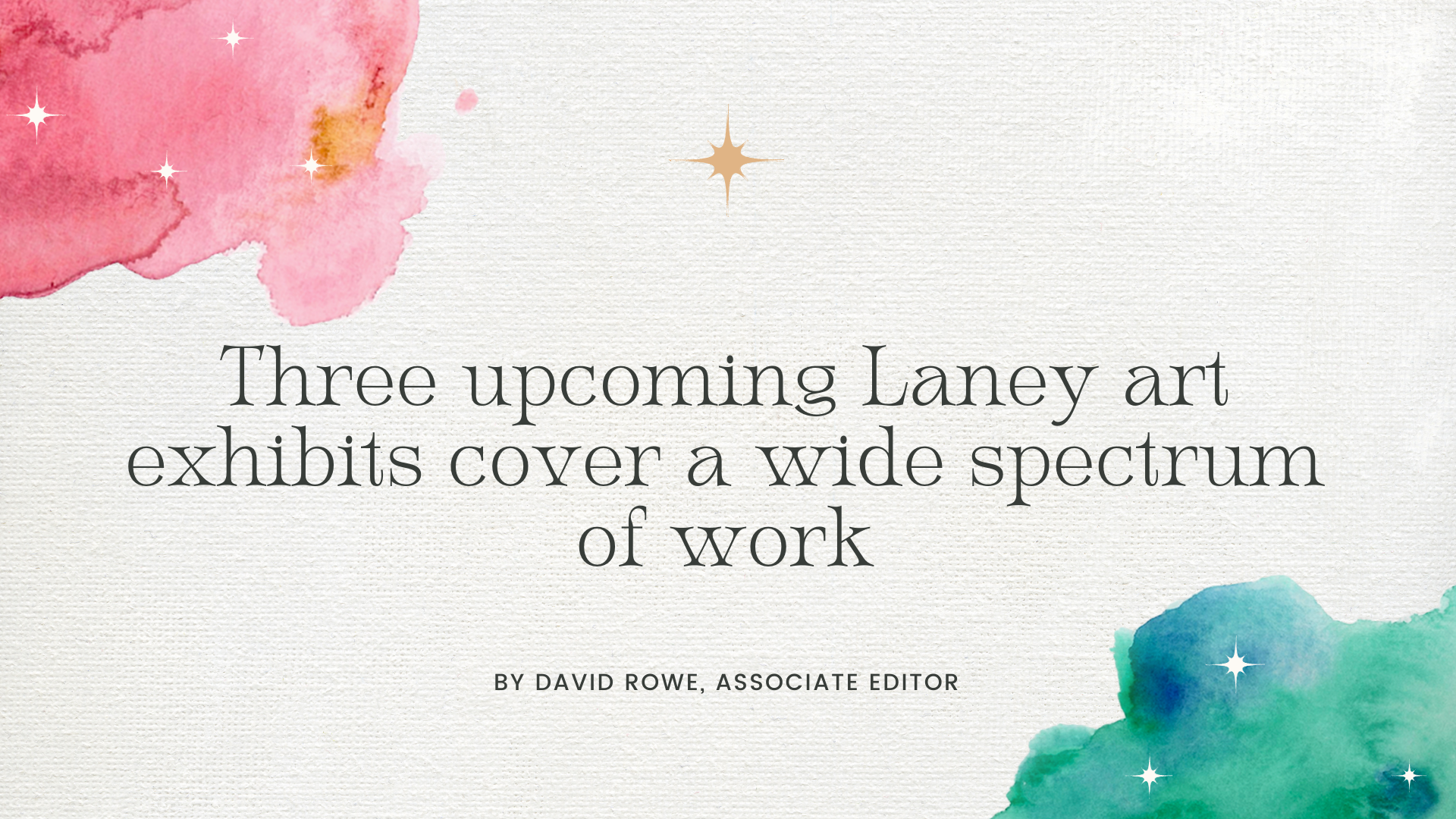 The June Steingart Art Gallery, located in the lobby of the Laney College tower building, will be hosting three exhibits in the coming months, all open to the public at no charge.

The first exhibit, entitled “Shimmer” will open on April 5 and run through May 9. It includes work from 30 artists exploring the subject of water “in its absence, its fury, and (its) spiritual significance” according to the show description on the Laney website.

There will be an in-person reception at the Steingart Gallery on Wednesday, April 13, from 3-6pm, according to Robby Abrams, an adjunct Laney art professor and co-curator of the Shimmer exhibit. In a recent Zoom call with The Citizen, Abrams indicated that some of the artists will be in attendance at the event.

In addition to his teaching role at Laney, Abrams is a sculptor and co-owner of the Abrams Claghorn Gallery on Solano Avenue in Albany. Some of the work from the Shimmer exhibition will also be on display in that venue from April 1-30.

As a “juried exhibition,” the artwork was selected by Abrams and Elizabeth Addison, the Professional Development Chair for the Northern California Women’s Caucus for Art (NCWCA).

Abrams is particularly excited about a pair of “kilnformed sculptural glass bowls” by Vivien Hart entitled “Every Drop Counts” that he describes as “amazing” and appear, in the words of the artist, to capture “the moment after a stone  strikes still water.” In a member spotlight on the Contemporary Glass Society website, Hart explains her glass sculptures are “inspired by earth and its rhythms, freezing in time glimpses of the earth through the play of light and shadow.” While describing her designs as “minimalist in nature,” Hart emphasizes that her “techniques are decidedly not” with each bowl fired five times.

Rachel Tirosh, another artist contributing her work to the Shimmer exhibit, left a career in high tech to pursue her passion for abstract mixed media paintings in 2005.  Tirosh’s “Memory of Water III” will be on display.  It is one of a series of 10 paintings by Tirosh, none of which “is a real place,” according to the artist’s website, “but a place in my memory.  I love the reflection of the sun in the water, the sound of the waves and the feel of the sand on my bare legs.”  A self-taught artist, Tirosh believes that “art simply invites the desire for free expression without boundaries.”

Work from two members of the Laney community, Sonja Hinrichsen and Dianna Greenleaf, will also be included in the Shimmer exhibit, according to Abrams. Hinrichsen was a student in Abram’s sculpture class during the pandemic.

The second exhibit, a collection of work from the Laney printmaking class, opens on May 10 and runs for just one week.  Prints from 20-30 students in Professor Meghan Pohlod’s Art 103 class will be on display. Abrams said this provides an opportunity to “elevate the work” and for the students to see their creations “in a gallery setting.”  One challenge may be getting all the pieces framed in time for the show, according to Abrams. Local picture framers are very busy right now, he said, and are taking longer to complete their work.

The third and final exhibit for the current school year will be Eco Art from the students of the Art 145 class, co-instructed by Sharon Sisken and Minoosh Zomorodinia. The theme of this year’s exhibit will be art based on food and will include video components, according to Abrams.

“Gleam” by Kim Cardoso will also be on display at the Shimmer exhibit (source: Robert Abrams)

The Laney class catalog describes Eco Art as an “exploration of the history and aesthetics of the environmental/community/social justice movement.”

The Eco Arts class, which has been offered at Laney since 2005, was the subject of a 2015 feature in The Laney Tower (the predecessor to The Citizen) on the occasion of its 10th anniversary.

Hours for the June Steingart Art Gallery vary by day.  It is open Monday from noon to 3pm, Tuesday from 1-4pm, Wednesday and Thursday from 2-5 pm and Friday from 11am-2pm.  The gallery is closed on the weekends and on holidays.

Abrams suggests that visitors check the website for any change in gallery hours. 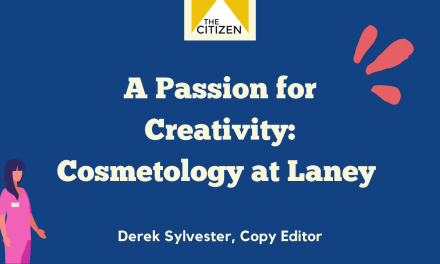