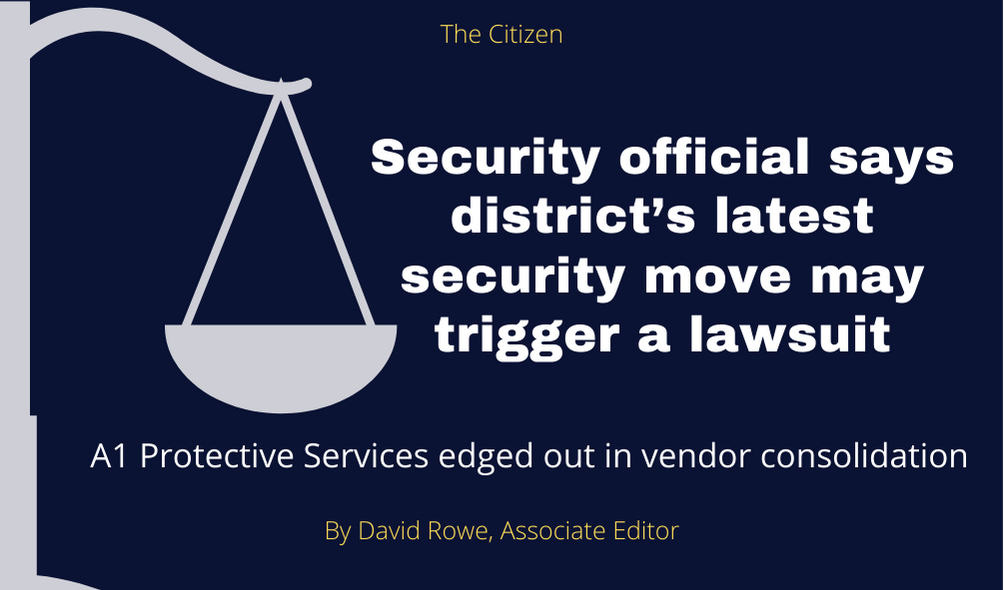 A1 Protective Services edged out in vendor consolidation

The Peralta Community College District’s (PCCD) recent decision to shift all security responsibilities to Marina Security Services was not well received by the vendor pushed out by the consolidation, A1 Protective Services.

Brajah Norris, the Director of Quality Assurance at A1, characterized the situation as “unfortunate” in an email to The Citizen, and went on to state that “what the board and/or administrator has done is illegal and could possibly result in legal action against the district.”

Atheria Smith, Interim Vice Chancellor of General Services, announced the decision in an email to the Perlata community on July 30. Smith’s message said the move to work with a single security company was part of PCCD’s continued work “towards operationalizing a holistic model for campus public safety.”  The latest change is scheduled to take effect on August 11.

In a follow-up phone call with The Citizen, Norris pointed out that A1 has worked with the Peralta district since 2019, initially providing security services for Berkeley City College, and then assuming expanded responsibilities when the district terminated its long standing contract with the Alameda County Sheriff’s Office (ACSO) in  2020.

PCCD initially envisioned hiring four community-based security firms, but two of them, Community Ready Corps and Zulu Community Protection, did not hold the required licenses, as confirmed in a May 7 email update from interim Chancellor Jannett Jackson.  As a result, security duties for the Peralta campuses and district offices have been divided between Marina and A1 for the past seven months.

In January of this year, the district signed a contract extension with A1 through June of 2022, according to Norris.  He contends the district is legally prohibited from awarding a vendor an exclusive contract without a competitive bidding process, which was not conducted in this case. “Peralta did not play fairly,” states Norris, who is consulting an attorney regarding a possible lawsuit against Peralta.

Norris says his firm did not receive any communication from Smith or the district regarding performance issues with the services provided by A1.  He further contends that A1 was not officially notified about the decision until he called Paul Llanez, the President and CEO of security consulting firm Knowledge Saves Lives, who is temporarily filling the role of Director of Public Safety for PCCD. Norris said he initially learned about the situation when A1 security guards were approached on the job by Marina executives who told them A1 was losing its contract and invited them to come to work for Marina. Paul Llanez, CEO and President of Knowledge Saves Lives, has been temporarily filling the Director of Public Safety role for the Peralta district. (Source: KSL website)

In an exclusive in-person interview with The Citizen, Llanez said A1 had received official notification prior to his call with Norris. Llanez emphasized the advantages of working with a single security vendor, particularly in terms of reporting required under the Clery Act.

The Clery Act, enacted into law in 1990, is named after Jeanne Clery, a Lehigh University student who was raped and murdered in her campus residence hall in 1986. The parents of Jeanne Clery campaigned for increased transparency following her murder, claiming that students were not aware of the “danger [they] were in” while on campus.  According to the Clery Center, a nonprofit organization dedicated to strengthening college safety measures, the act “requires colleges and universities that receive federal funding to disseminate a public annual security report (ASR) to employees and students every October 1st.”  Having multiple security firms report this data can complicate the process, according to Llanez.

Llanez pointed out that Marina handled 115 of 117 calls received by the dispatch office during a two week period in June. In a follow-up phone call, Llanez told The Citizen that the decision to cancel A1’s contract was “not for cause.”

Marina’s status as Peralta’s sole safety/security provider may be short-lived since the district plans to move forward with its request for proposal (RFP)  to consider “additional community-based vendors,” according to Smith’s email. As of August 9, the district had not announced a new RFP for security vendors.

Mark Johnson, Peralta’s Executive Director of Marketing, Communication, and Public Relations, in a phone call with The Citizen, said the timing of the new RFP depends on when the Director of Safety position is filled.  Johnson said progress has been made on that search and the position may be filled by September.

Llanez plans to meet with the finalists for the Director of Safety position and to provide training and support for the person who is ultimately hired.  With reference to the RFP, Llanez stated the district may decide to leave the traditional security responsibilities with Marina and assign more “community-based” tasks (such as student resources and mental health) to the new vendors.

Another task assigned to Llanez is development of a “memorandum of understanding” with the Oakland Police Department (OPD). This agreement, according to Llanez, will spell out the policies and procedures between the district and the OPD and identify the types of incidents for which the OPD will be called. Llanez plans to schedule his initial meeting with the OPD “within the next month.” 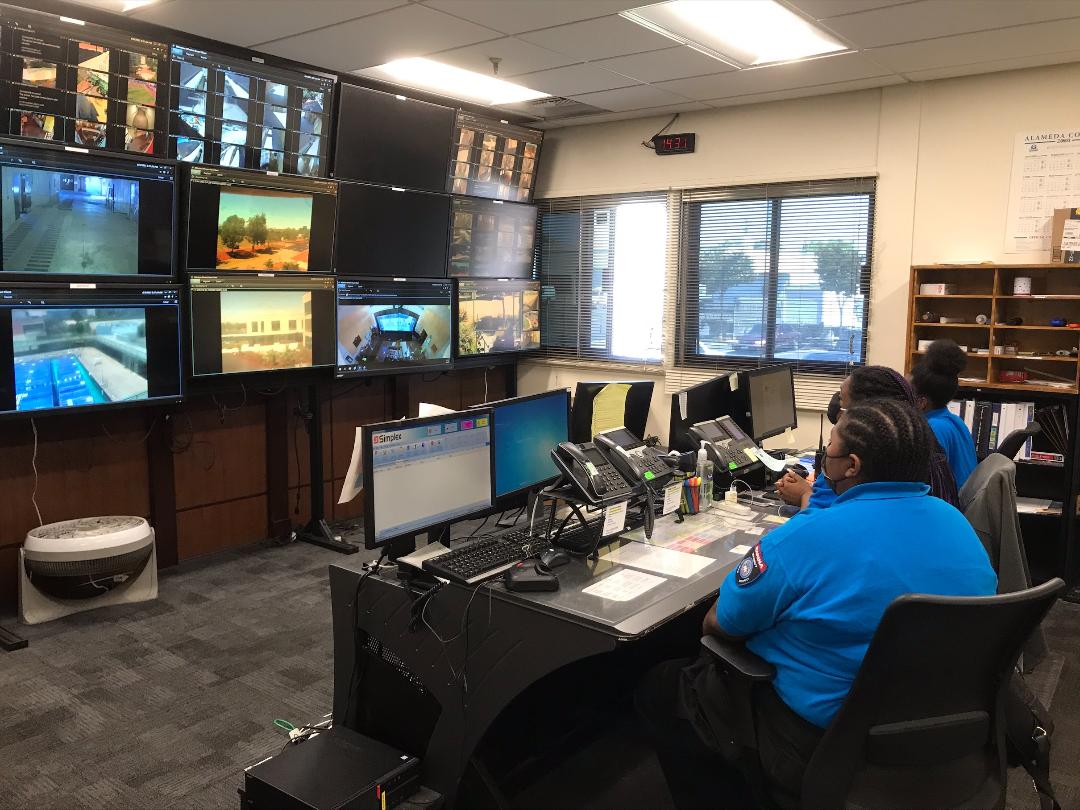 The Citizen was given an inside look at the Peralta dispatch office which has access to live camera feeds from all four campuses in addition to calls from the blue emergency phones (Source: The Citizen)

Llanez has also been reviewing the number and positions of surveillance cameras on the Peralta campuses (which provide live feeds into the dispatch office) and said enhancements and improvements are planned in addition to maintenance and repair of the long-criticized blue emergency phones.

Letters to the editor: Reaching out to those hurt by ban 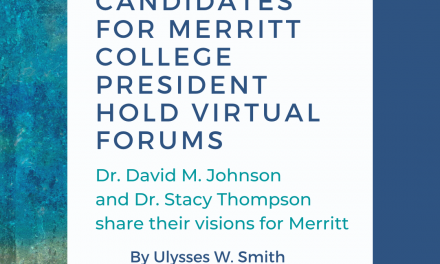